How many people are affected by brain injuries? 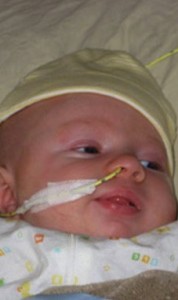 How does the number of brain injuries compare to other common diseases?
The mortality and permanent damage rates of brain injuries in the United States are higher than the combined incidence of Alzheimer’s disease, Parkinson’s disease, and multiple sclerosis. Brain injuries also occur more frequently than breast cancer or AIDS.*

What is the correlation between brain injuries and children?
According to the Brain Injury Association of America, traumatic brain injury is the most frequent cause of disability and death among children and adolescents in the United States. Each year, more than a million children sustain brain injuries, ranging from mild to severe trauma.*

What are the consequences of bacterial meningitis?
Bacterial meningitis is an extremely dangerous infection. 10-15% of meningitis cases are fatal within 24 to 48 hours. However, of the 85-90% of those individuals that do recover from the disease, 11-19% have permanent hearing loss, mental retardation, loss of limbs, or other serious complications.***